We know the trials and tribulations of the product engineering process. You need reliable and industry tested experts to augment your team and execute your project on time and under budget. As a mutual trusted partner, rest assured that customer satisfaction is our number one priority and you won’t walk away disappointed

The Heka team prioritizes communication as a key component to our mutual success. As a partner in progress, Heka works tirelessly to facilitate a fruitful relationship, built on a mutual understanding of expectations, that will help drive your business forward. Victory loves preparation and Heka is prepared to go the distance for all of our clients. 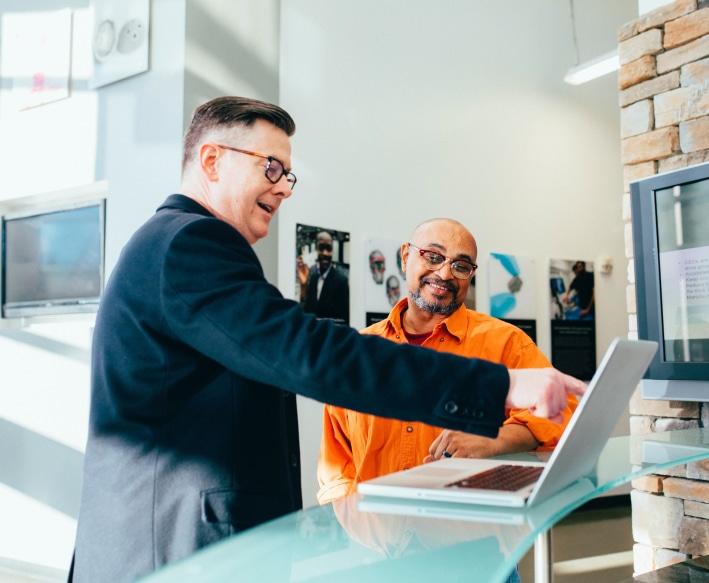 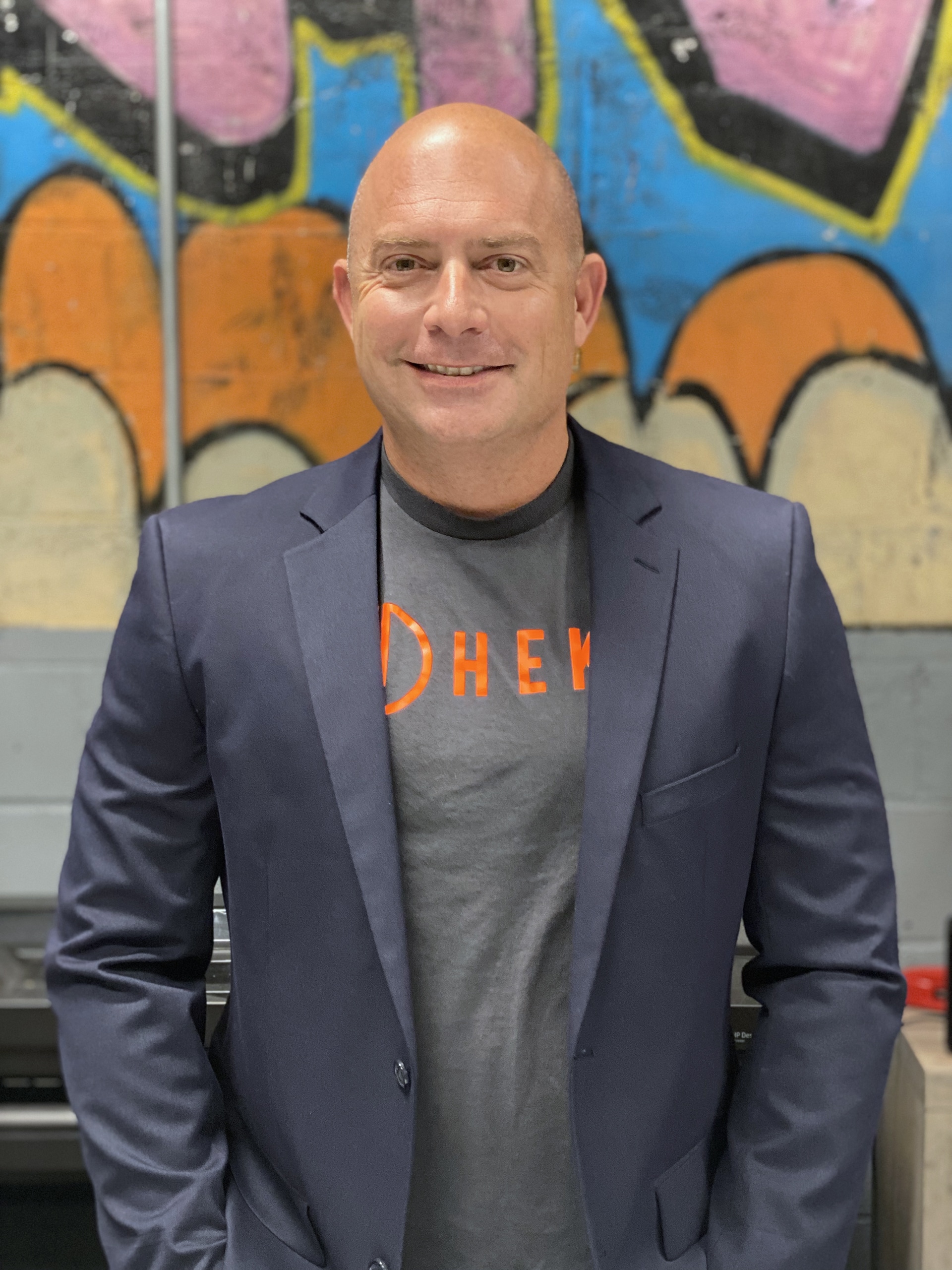 Christopher Marot graduated from Florida Tech with a Bachelor of Science, majoring in Applied Mathematics and Computer Engineering. At Florida Tech, he was ingrained with the value of teamwork while he rowed crew and won numerous state, regional and national titles with his team.

With over 20 years of experience, his clients and customers have included Boeing, Airbus, Parker Hannifin, Moog, Collins Aerospace, L3-Harris, General Electric, Alstom, Thales, the US Army, US SOCOM and NASA.

In 2007 he co founded and built Certon Software, serving as Chief Operating Officer and Executive Vice President. Chris ran the day-to-day operations and directed the company's growth from 2 employees to 60 employees. During this time, he oversaw the successful procurement of numerous avionics product certifications, implemented a certified AS9100, ISO 9001quality process, and developed patents and IP in the automated test and certification field.

In 2012 Christopher founded Novel Engineering, where he served initially as CEO and subsequently as COO. Again, Chris Ran the day-to-day operations, growing Novel to 90 employees. He also oversaw the acquisition and merger of Riverside Technical Services, where he implemented a certified AS9100, ISO 9001 quality process. Novel was a multifaceted engineering company focusing primarily on software solutions for the safety-critical transportation industry, including aerospace and rail.

After successfully founding, building, and running two previous engineering services companies, he founded HEKA in 2017 to focus on full-scale product development services. These services include software, electrical and mechanical engineering and their integration into Minimum Viable Products (MVPs), Proof of Concepts (POCs), or full-scale production.

Chris takes pride in being an “out-of-the-box” thinker and loves to ask “why?” when told “that’s the way it has always been done”.
His customers' satisfaction defines Chris’s version of success:
“Are we going to do business again in the near future with a particular customer? Then yes, this project was a success!”

Nina Fiedler is a HEKA Engineering Intern for Summer 2022. Nina is an incoming second-year student at the University of Florida pursuing a Bachelor of Science in Mechanical Engineering. Throughout her time at HEKA, Nina has been exposed to elements of electrical, mechanical, and computer engineering and has contributed to HEKA’s current projects through data collection and analysis. As an intern, Nina looks forward to broadening her knowledge base and witnessing innovative product development firsthand.

University of South Florida, Bachelor of Science in Computer Science

With a Bachelor of Science in Computer Science, Nicholas Perez has a history of software engineering and test automation within the finance and transportation space. At Heka, Nick is interested in contributing to quality engineering solutions in industries that will add value to society. Nick enjoys travel, tennis, riding his motorcycle, and reading non-fiction.

Raghav is a recent graduate with degrees In Mechanical Engineering & Computer Science from the Florida Institute of Technology. Raghav has been involved with technology from a very early age and is extremely passionate about learning.

Born and raised in Palm Bay, FL, I grew up with the knack of building or designing things with my talent for CAD modeling and newfound hobby of 3D printing. I graduated in 2014 with a Bachelor’s degree in Mechanical Engineering from the Florida Institute of Technology. Afterward, I worked as a full-time Mechanical Designer/Drafter for over two years for a few companies like Mainstream Engineering and Jacobs Technologies. The hobbies I enjoy consist of 3D rendering in Blender, 3D printing on my Ender 5 Plus, and watching or finding new ways to improve myself in designing and producing quality 3D prints to enjoy. Another favorite thing I enjoy doing is having a good cup of tea and listening to some good music as a way to relax from work or life in general. Working at Heka has brought me new challenges to overcome as well as like-minded folks who enjoy making cool projects and having fun doing so. :3

I am a Software Engineer with a bachelor’s in Computer Science from the Florida Institute of Technology. My most relevant skills and tools: C/C++, Python, Linux, GIT, Agile, Docker
Projects: Designed and built a prototype for an autonomous debris removal mechanism named DISARM.
At Heka  I hope to grow as a professional individual and gain valuable experience that will help me further my career.

I create custom software tools for science and engineering, usually focusing on graphical visualization and user interfaces.
I’ve worked with Tcl, Perl, C/C++, Java, Fortran, and SQL on Linux and programmed the Tk, Qt, and Xlib toolkits. My projects include:

Mike serves as a trusted advisor, coach, and Leadership Partner. His passion is to fine tune and execute transformative strategies. Mike counsels clients who are enabling and transforming their products, services, and organizations and assists them in developing a prioritized execution plan around key initiatives.

Sandra Smith Kinnaird received her Bachelor of Applied Science degree from University of Central Florida in Business Administration and Management with a minor in Legal Studies, along with an AS in Accounting. Sandra has 20 years of business experience focusing on accounting and finance. The beginning of Sandra’s career was spent working at the enterprise level for Fortune 500 companies in the engineering, insurance, and pharmaceutical industries. Her entrepreneurial spirit led her out of the big corporate world and into the world of startup ventures. Over the span of Sandra’s career, she has taken the initiative to acquire extensive knowledge about the operations of any industry she has worked in. Sandra moved from New York to the Space Coast over 15 years ago and was thrilled to take on the challenge of learning more about engineering. Working in this industry she developed and managed a training program for safety critical avionic standards. Sandra’s auditing background enabled her to assist with the accomplishment of achieving AS9100 certification and the certification of a Boeing 747. Eventually, Sandra was able use her background to transition into government accounting where she achieved DCCA certification which enabled the company to be awarded government contracts. Sandra eventually took a role as the Finance Director for a rapidly growing engineering firm. She successfully transitioned that firm through an acquisition that resulted in over 500% growth. Sandra strives to understand operations as she believes it will make her more successful in her current role as Finance Director for Heka Aero.

Yun leads Heka on strategic & operational standards, focusing on spectroscopy for the Auctus device. He plans to continue working on Interdisciplinary Engineering, Designing, and Systems on multiple projects to further build his experience towards a career in Systems Engineering & Design. Yun is also an experienced rock climber, canyoneer, and mountaineer who enjoys adventuring deep into nature. He believes in the societal goal of sustainability in all three dimensions, environmental, economic, and social. He graduated from the Florida Institute of Technology with a degree in Aerospace Engineering & minor in Business Administration. “Working at Heka has allowed me to experience the engineering & development of multiple products for different companies each with their own challenging systems & designs.” -Yun Yao

Trevor is a recent graduate who holds a bachelor’s degree in global management and finance along with an MBA from the Florida Institute of Technology. As a former student-athlete for the football team, Trevor knows what a high-functioning team looks like and hopes to use his experience with academia and sports to help create a home at HEKA for engineers and athletes alike in the aerospace and defense industry on Florida’s Space Coast. He would label himself a pragmatic optimist that aspires to become the perfect business multi-tool that enables HEKA and companies like it to survive and succeed in one of the world’s most competitive industries.

Our Customers And Partners: 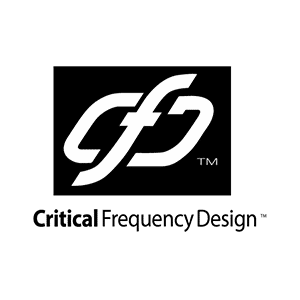 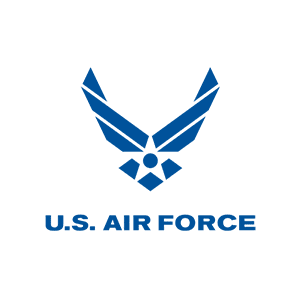 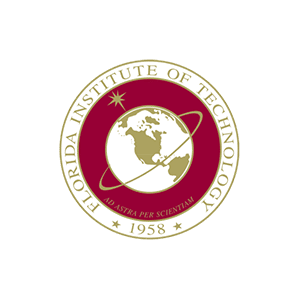 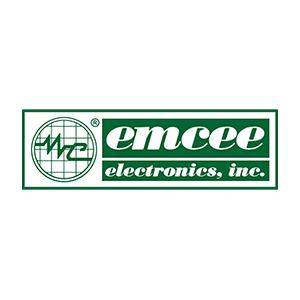 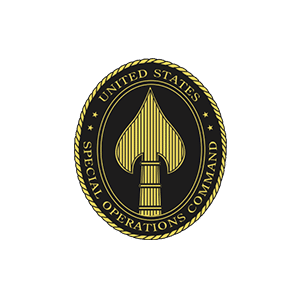 Ready to bring your idea to life?

Explore Our Method To Get Started.

Ready to Get Started

We'd love to hear from you! Please reach out at your convenience so we can discuss your project.